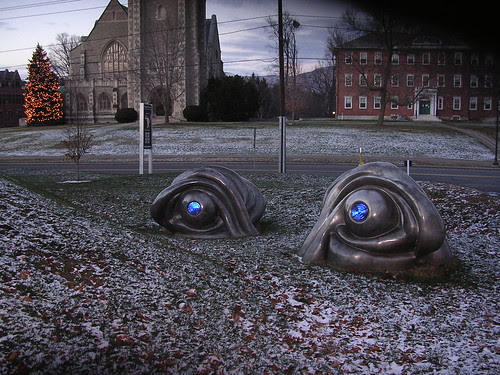 Some of Louise Bourgeois' Eyes, in front of the Williams College Museum of Art. They light up at night and remind me of a sculpture in Shibuya that I very much like (can't find an image of it on the web, but I've got a photo I'll scan in later). This is nice in front of the Christmas tree. 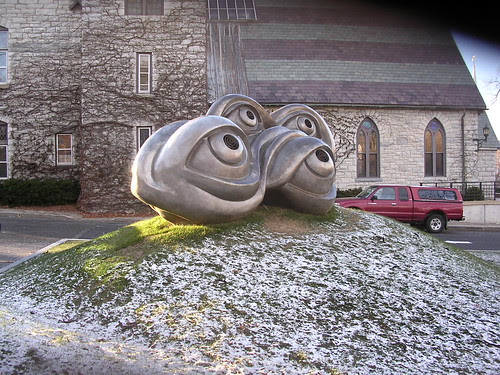 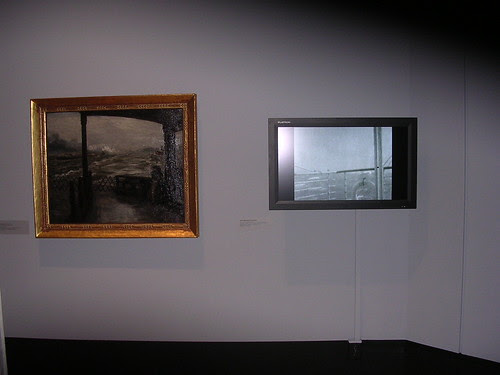 Above is a photo from one of the shows in the museum, Moving Pictures American: Art and Early Film, 1880-1910. The old movies are fascinating, and they have, for example, a George Bellows boxing painting next to a film of boxers from the same period. The photo I took isn't very good but it's a John Sloan painting beside an uncannily similar film, without the figure. I love the Ashcan School painters, those Apostles of Ugliness. 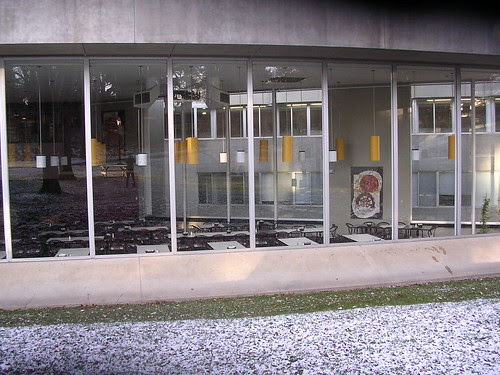 I was hoping to get into Williams College's Mission Park building to take some photos of the four paintings I have in there, but it was the day before Thanksgiving and all the doors were locked. I walked around to the back of the building though and was able to take a photo of this one hanging in the dining hall. Yay! Hello, my old painting! 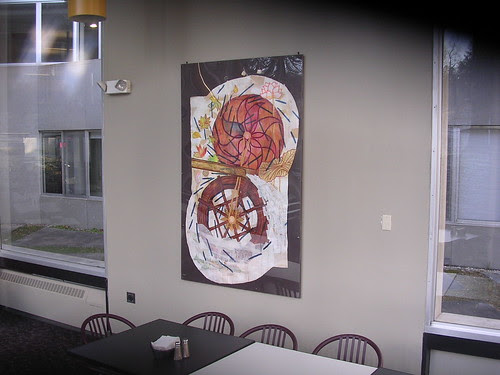 Closer to the window. Maybe future curators are eating under this. 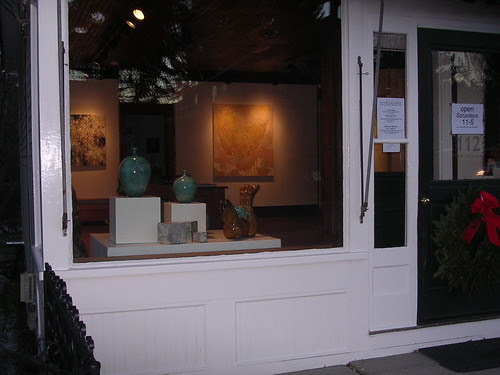 Then I drove by the Plum Gallery and saw another one of my old paintings looking good, glowing gold. They were closed too.
Posted by Martin at 11:10 PM