Kenneth Noland... I stole this from A_Christian.
Posted by Martin at 12:56 AM 12 comments 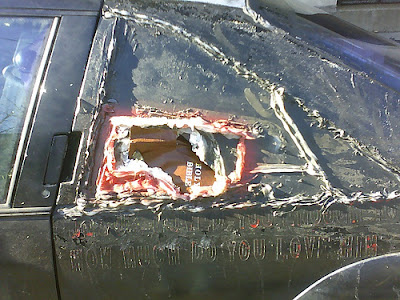 flashback to the bible car... so awesome. was this really not even a year ago??

cady noland's installation for documenta ix (1992), text panel on red camaro, with at least one steven parrino painting on the wall. this is in an underground parking garage.

i just found out that cady noland's father is kenneth noland.

A commenter made me curious what a woman critic's male to female review ratio might be, so I looked at the previous six months of Roberta Smith's NYTimes Art in Review contributions.

Roberta Smith contributed 35 reviews of single artist exhibitions to the Art in Review section of the NYTimes between May 23rd through November 23rd, 18 of which were reviews of female artists. I am pretty bad at math but that is clearly 50%!

The above tally is for reviews of a single artist only, no group shows and no reviews featuring more than one artist. If you include the two-person/partnership shows and reviews which note a second solo show within the same review (Fischli & Weiss, Matt Keegan and Jedediah Caeser, Dawit Petros and Bryan Jackson, Nick Z. and Kai Althoff) the total becomes 43 artists, 18 women.

UNFORTUNATELY (for women), that is not an inclusive tally of Roberta's NYTimes writing within that period. It doesn't count any of the longer feaures/reviews she writes that are not part of the weekly Art in Review. This was a surprise -

Twenty-two features/reviews, two of which are of female artists.
Posted by Martin at 1:30 AM 10 comments 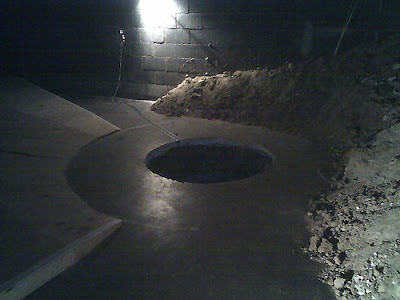 Christopher dug a deep pit, through a concrete floor, inside a small cinderblock building. A narrow ante-chamber on a raised platform was constructed from plywood, around the corner of which the plywood flooring becomes a curved ramp directing your eye and body toward the black hole.

The NYMag review, by Jerry Saltz, refers to Fischer's piece as "a Herculean project". It looks cool... but with a backhoe, a $250,000 budget, and a team of assistants.... whatever. Herculean it isn't. Chris did everything by himself, it was a fantastic piece.

RELATED: Christopher doesn't have any website that I can find.... but you can see another one of his installations here, documented by Michael Lease. MORE: a video.

I am a guy, so I can point and laugh at Jerry Saltz writing yet another feature decrying gender disparity followed by yet another review of a male artist. Jerry has written twenty-six reviews of individual artists so far this year, only seven of which have been reviews of women artists.

MoMA is a museum, and it's asking a lot to go back and revise history, unfair as it may be, but Jerry is writing new history NOW. If I were a girl I guess I would have no option but to put on a gorilla mask and wheatpaste a poster somewhere. I don't think you can expect much more than 25% representation anytime soon, if Jerry is supposedly your champion.

RELATED: Art Candy hasn't been updated yet, so it still stands at 59 men to 16 women.
Posted by Martin at 2:45 AM 6 comments

I am preparing my proposal for the Cartier Award, to be realized at Frieze next year. This is still just a rough proposal, but please have a look and tell me what you think.

(you need to turn your computer sound on)
Posted by Martin at 12:30 AM 1 comments

New York Magazine has two pieces on gender disparity; Jerry Saltz's Where Are All the Women?, looking at MoMA, and this tally of women to men at six other art-world institutions.

New York Magazine should maybe do a tally of it's Art Candy feature... fifty-nine men to sixteen women since August 1st.

UPDATE: i made a new label, guerilla anaba, for posts mentioning gender disparity. Here's the post in which I note that of the SIXTEEN consecutive individual artist reviews (12/04 through 12/05) written by Jerry Saltz, only FOUR featured women. i get anonymously attacked in the comments, Jerry gets nothing but praise.

UPDATE to the UPDATE: okay, i've re-checked all of those individual artist features, and counted even the smaller blurby ones i'd ignored previously.... the NEW tally is TWENTY-FOUR artists reviewed, SEVEN of whom are female.
Posted by Martin at 2:25 AM 0 comments

An artist and flickr contact named BlueCin recently favorited two of my flickr photos. These were both taken at shows in Saratoga, but at very different spaces and a month or so apart... I had never connected them. Thanks, BlueCin. 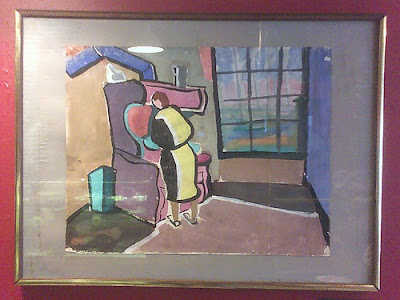 Herman 'Ray' Davis, at Uncommon Grounds (a coffee shop). The subject of this painting is Tatyana Grossman.

PLUS: here are all of my flickr favorites... some real good stuff. 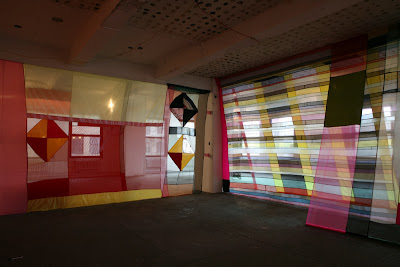 Rachel Hayes, in Red Badge of Courage, curated by Omar Lopez-Chahoud, in Newark, suported by the Newark Arts Council. Through December 9th. 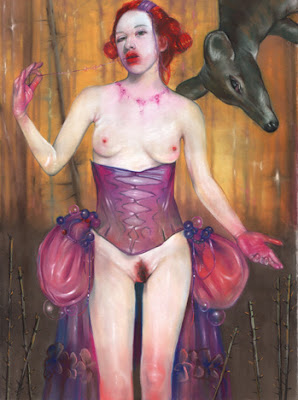 Barnaby Whitfield, in Just a Ghostly Paper Sigh, at 31GRAND. Through December 22nd. Perfect show for this piece!

(plus... this should be in that Momenta show) 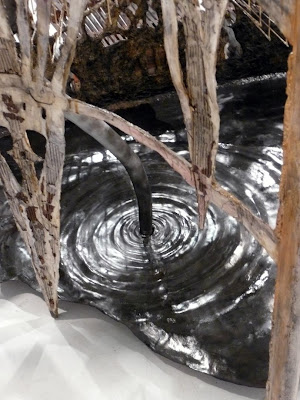 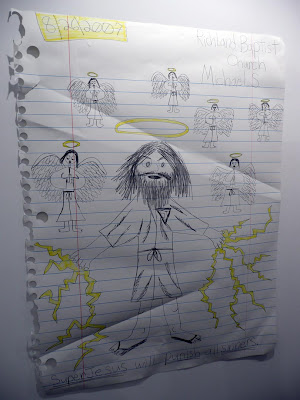 Sister Dolorata, drawn in the sixth-grade (or maybe seventh).

RELATED: my Michael Jackson painting.
Posted by Martin at 1:40 AM 5 comments 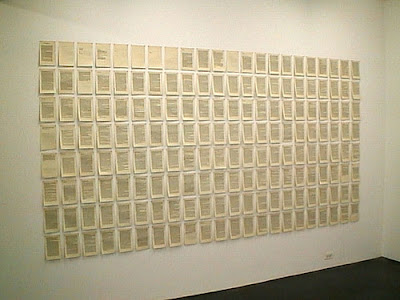 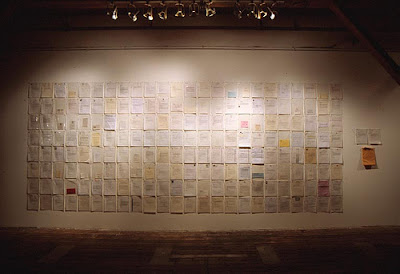 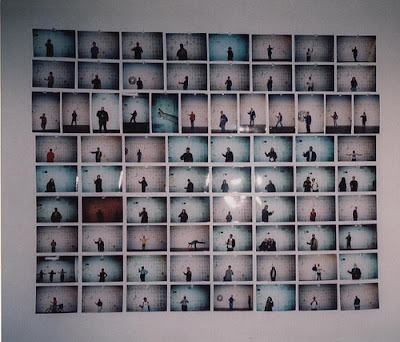 i took all of these photos with disposable cameras, sometimes they turn out blue-ish, sometimes more rosy. they look best all together, mixed-up.
Posted by Martin at 1:15 AM 1 comments

In the anaba tradition of giving you the relatively early scoop on really good new artPOWERblogs...

Presenting... How's My Dealing?
Posted by Martin at 1:30 AM 7 comments 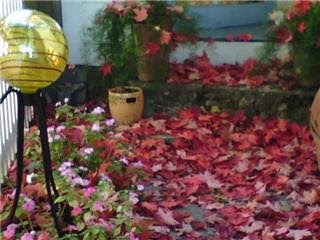 it was pretty, but now they are almost all gone.
Posted by Martin at 1:55 AM 1 comments

I've re-submitted to the White Columns Artist Registry. CHECK IT OUT!!!

Matthew Higgs. Click to enlarge.
Posted by Martin at 2:00 AM 10 comments

Agni Gallery is so cute! Nice little space. It's an anaba.

UPDATE: Susan Constanse with images from the opening reception. Nice last pic of Bill Gusky, with my piece (with Steven Larose work to the left of it, Warren Craghead work below it).
UPDATE: Chris Rywalt on hanging the show, and on the opening.
Posted by Martin at 4:00 PM 11 comments 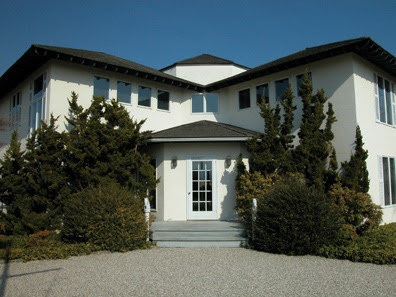 Richard Prince bought the house next to his Hamptons house. Maybe this will become Third House? Looks cool, kind of sinister.

RELATED: Richard Prince at the Guggenheim.
Posted by Martin at 1:14 AM 2 comments

Jenny Holzer's chair went for $5,000 at the Hoosick Rocks auction...

BARGAIN! Somebody got a treasure. I don't think it was part of an edition.

UPDATE: another person at the auction says it went for $6,100.
UPDATE: someone else says it was sold to someone who works for Jenny, in which case it may have been a way for her to help bring attention to the auction, contribute, and still be able to keep the piece.

Jenny's show at Mass Moca opens November 18th. CultureGrrl has info on the Mass Moca benefit auction and party next week in NYC.
Posted by Martin at 8:00 PM 1 comments