After Saturday morning's race I jumped on my bicycle to hurry home for a shower and catch a ride to Philadelphia. The Art Alliance was closed for the day but they were setting up for a wedding reception so I got to see that Carson Fox is included in a small group show there. Carson's show at 1708 Gallery opens April 7th. Also saw that Susan Jamison is featured on the cover of the Mid-Atlantic edition of the Gallery Guide! Congratulations, Susan!

After the Art Alliance I walked down the street to the Print Center and saw an exhibition of Edna Andrade prints. Edna was born in 1917 and is still painting. She's well-regarded in Philadelphia but NOT NEARLY as well-known elsewhere as she should be. Her next show at Locks Gallery opens April 21st. 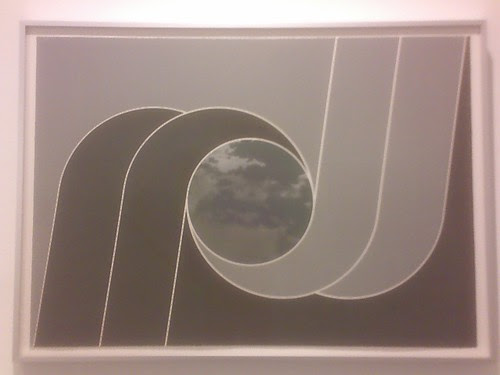 Moon Clouds, 1970 - yes, my colors are not the greatest; can i get a blog sponsor to buy me a camera? 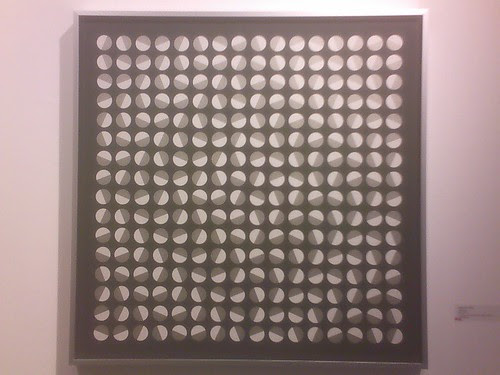 YOU NEED TO CLICK ON THOSE IMAGES TO SEE THEM BETTER.
Posted by Martin at 3:01 AM

Sorry I didn't make it to Franks -- did you? I worked til midnight at our gala, and was done for the evening at that point. Looks like you got some good art viewing in.

maryann - i went, but only for one or two beers. remember how we used to LIVE there? every single night. where is the really crazy place now?