Went to the PAFA Museum on Sunday, maybe the most gorgeous museum ever? I've visited many times, but this time I was visiting with an architect, and she pointed out all sorts of things I had never thought about or noticed; like the exposed red I-beams with their little white flower flourishes, the vestigial outlines of removed chair rails, the fact that some of the woodwork was not original and that the "wood-grain" we were looking at was in fact trompe l'oeil painted to match the original stuff nearby. She even (with permission) opened and closed the pocket doors.

Every architect with hopes or plans to ever design a museum should visit this building. Frank Furness was a STAR, and he created something over-the-top EXTRAORDINARY, but it is also a great place to see art (form follows function?). We couldn't help but think about the gazillion dollar VMFA expansion - and how they have completely maxed out their window/glass allowance, the triple-height atrium, and the destruction of Lawrence Halprin's fountain and sculpture garden. Someone please update me if it has somehow been saved, or if you have destruction photos you would like to anonymously send. 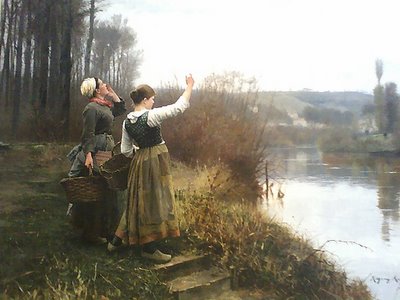 This painting is INCREDIBLE. Please understand how good it is by knowing that this photo was taken with the same shitty cell-phone camera used for most of my photos, and look at the clarity and light. It is a big painting. 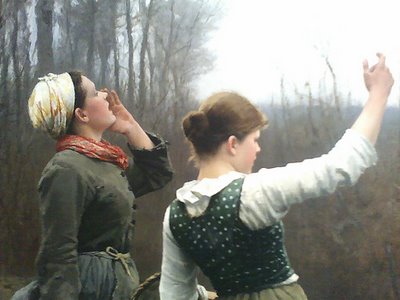 It's like Richter, one hundred years before. I don't have my notes with the artist's name, I'll have to update later. 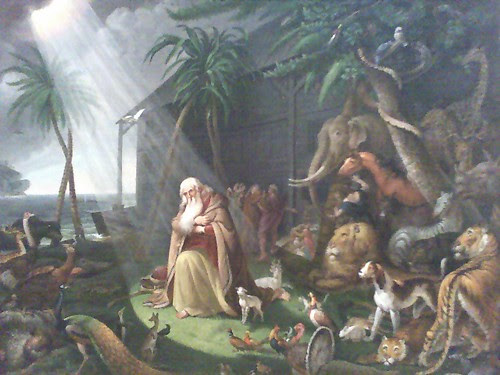 UPDATE: Charles Wilson Peale, Noah and His Ark (after Charles Catton), 1819. Click on that title to see a non-cellphone image. 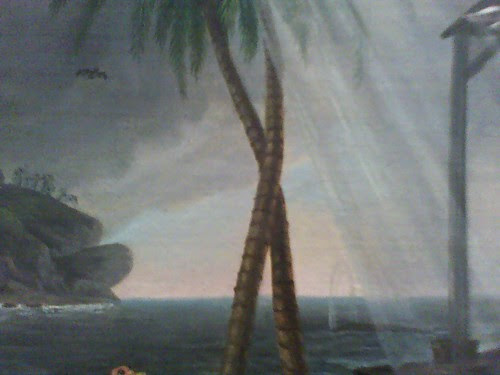 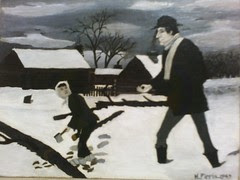 Horace Pippin, Abe Lincoln, the Good Samaritan, 1943. Saw a great Horace Pippin show here years ago. I think that might be the show being reviewed in Sarah McEneaney's imagined portrait of Ed Sozanski, that is definitely a Pippin in the background.

Look at that Black Avenger in this Horace Pippin painting. That is so weird. I'd like to see that on Monument Avenue. 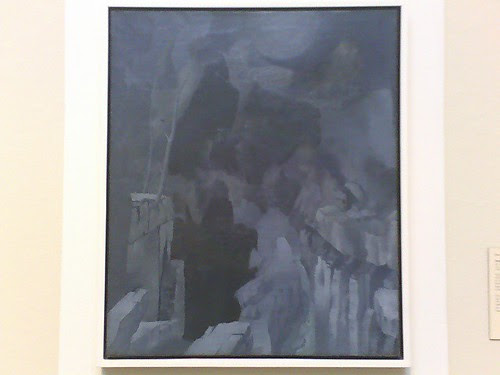 Edwin Dickinson, Andrée's Balloon, 1928. Click on the title and then click on that image to see it much better.

PLUS: Did you know that Frank Furness nominated himself for the Congressional Medal of Honor... and WON!
Posted by Martin at 1:52 AM

That first painting you posted is one of my all time favorites! I forget who the artist was as well... but it was the longest time I ever stood in front of a painting. - JB

first painting is nice. it reminded me of bastien-lepage's Joan of Arc at the met. every time i go i head straight for it.

What A great painting, the kind that could change your life. Those kinds of paintings get under the skin and never leave.