I've been travelling so much I feel like I need to say where I am talking about. Still didn't finish posting my Upstate NY stuff or the Richmond stuff before that, and then I went to Miami. Here is some CURRENT Richmond.

Oura Sananikone and Travis Robertson have curated a show of plush art at Nonesuch. Oura is the painter whose work I (thought) I had first seen at Gallery 5... but I've since discovered that he's the one who made the magnets I bought at Chop Suey's Bizarre Market. I was writing about his paintings and didn't know I already had his work on my refrigerator! Now I know that Oura makes all kinds of things, including dolls and "soft art".

This show is a lot of fun, and most of the stuff - especially Oura's - is very cheap. It is a GENRE BUSTER. 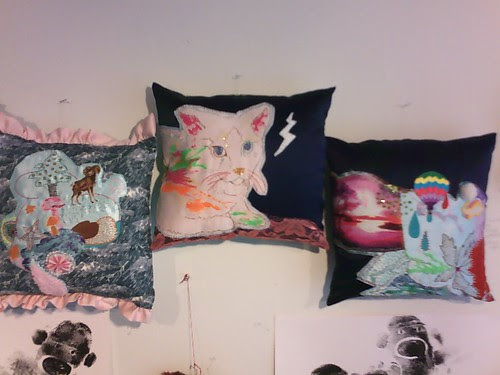 Dana Carlson - These five pillows are my favorite works in the show. I sort-of know Dana, but we have never met, and I am so glad to see these LIVE. Here is a shot of the other two.

Below them you can see some of Oura's sock-monkey prints. 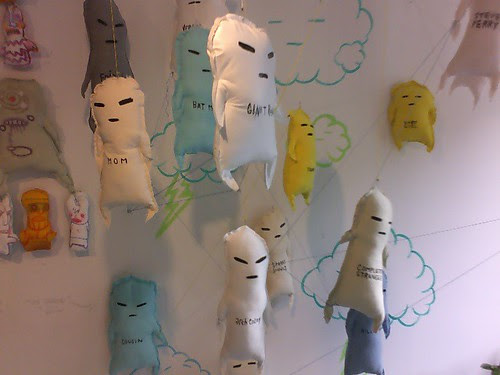 This installation by Oura is another favorite. 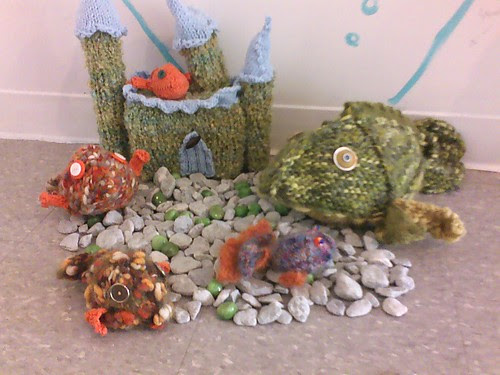 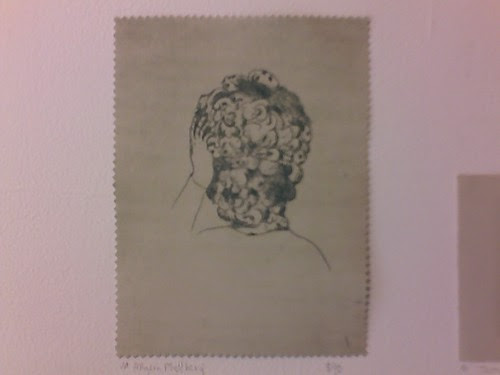 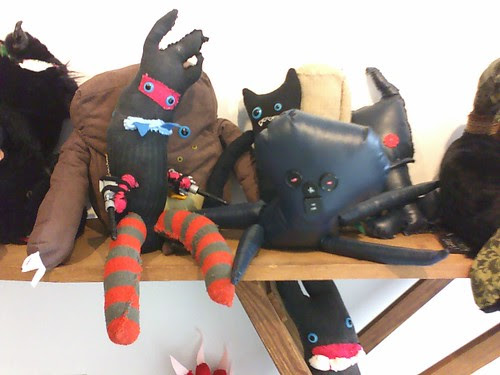 A display of plush art creatures, I think all by Oura. That one on the left has two guns or something. 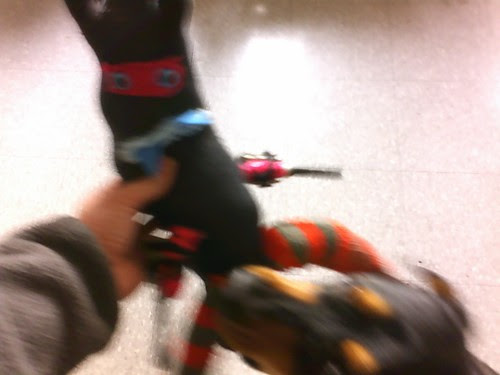 I tried to get a better photo of it but the dog thought we would play instead. Look at the fear in that doll's eyes! So expressive. 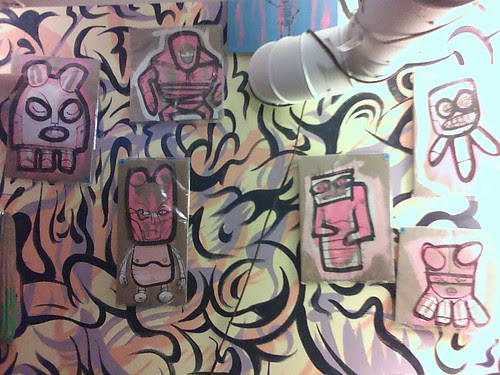 A shot of the other room, with some of Oura's robots on a wild wall. This wall is great.

MORE!! Nonesuch is continuing their 8:00pm Wednesday movie nights with animated fantasies all through December. This Wednesday they will show Karl Zeman's 1961 Baron Prasil and Harry Smith's 1964 Mirror Animations.

Baron Prasil is a precursor to Terry Gilliam's The Adventures of Baron Munchausen. Look at this. I didn't know there have been so many Munchausen movies.

Check the website for all information, including next week's movies. Bring your own refreshments.
.

how much do i love creatures? especially puffy, knitty creatures? right on.